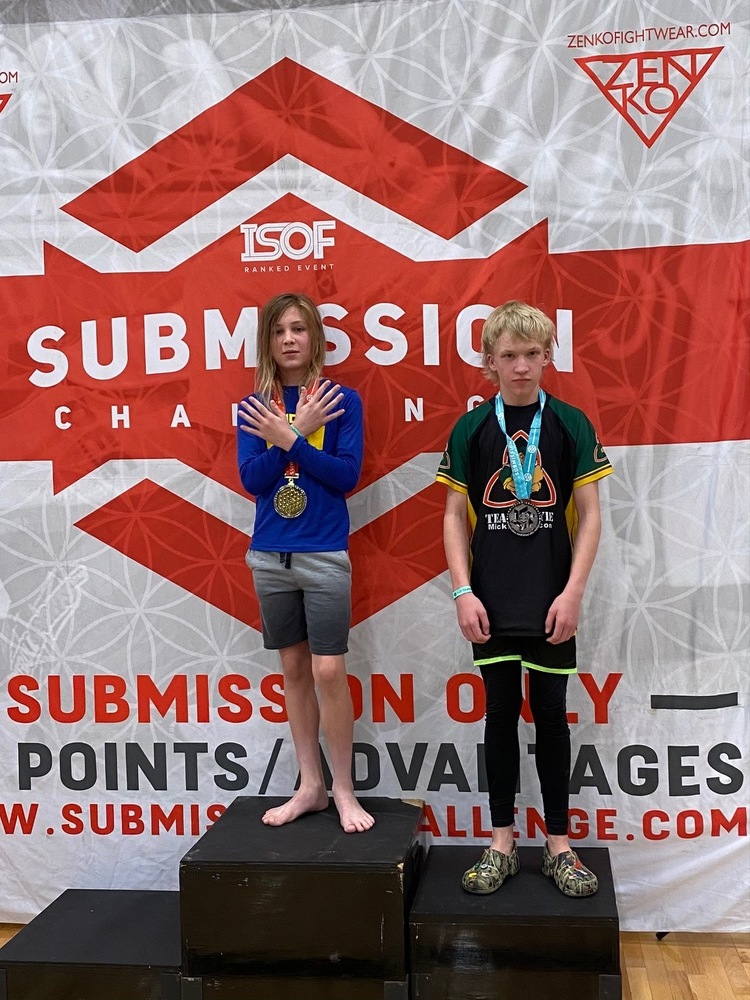 Rhys Reimers, a 7th grade student at NCMS has been involved in jiu jitsu since September 2021. In that time, not only has he worked fiercely to achieve steps towards higher belts, he has also gained a lot of confidence, focus, athleticism, and sportsmanship. We’re so incredibly proud of how hard he works. In his last tournament, he took the gold medal. He won in triple overtime against an opponent that was two weight classes above him! We are proud of Rhys and his accomplishments and wanted to showcase his efforts! (photo courtesy of Brandi Reimers, mother)