Success For The Speech Team At Concordia 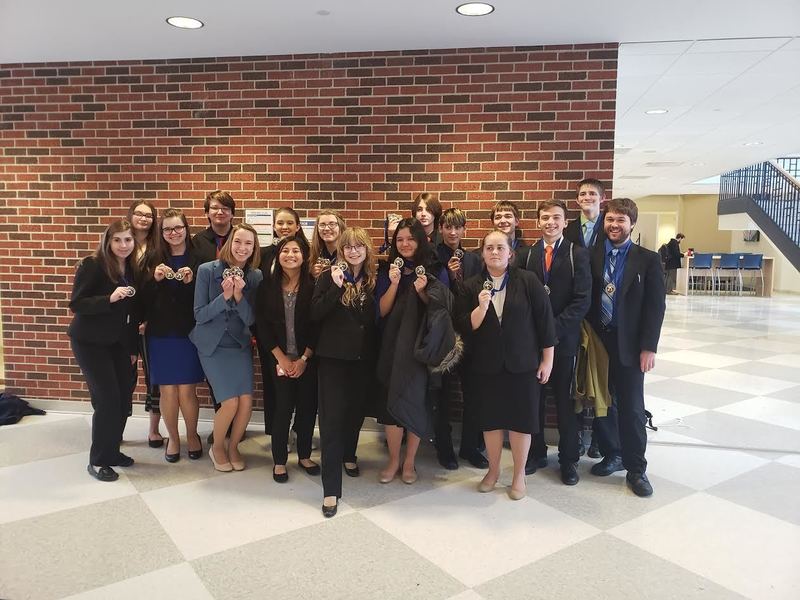 The Nebraska City speech team finished as team runners-up to Seward High School at the Concordia University Speech meet on Saturday, January 25th. Ellie Higgins was the meet champion in all three of her events of humorous, serious, and impromptu leading the way for scoring for the team and tied her for the triathlon award of the meet. Eli McNeely placed 3rd in both of his individual events of extemporaneous and impromptu. Sarah Murray placed 2nd in persuasive and 2nd in duet with her partner, Kelly Gonzalez. Kelly placed 4th in serious prose , and was one of 6 team members who medalled for the first time in their short competitive careers including: Izabella Earll, who placed 4th in poetry and 6th in extemporaneous, Kiera Rakowski, who placed 6th in poetry, Dalton Cooper, who placed 3rd in entertainment, Marcus Bartman, who placed 5th in entertainment, and Katie Dia, who placed 6th in entertainment.

Additionally, Isabelle Bare earned 5th place for humorous, and filled in for another team member on the O.I.D. group that also includes Eric Poggemeyer, Trey Pursel, Eli McNeely, and Christian Tietz that earned 5th place honors on the day as well. Sydney Blum placed 4th in informative, which means that for the first time in a few seasons that there was at least one team member placing in every single event at the meet.